It's by far the hottest controversy in real estate this summer, and it could directly affect the value of your house –– probably negatively –– by tens of thousands of dollars.

The issue concerns lowballed valuations and the new rules guiding appraisers in both price-depressed and rebounding markets. Consider these snapshots of what's going on:

--In San Diego, Steve Doyle, division president for Brookfield Homes, is trying to close out the final 20 houses of a 120-unit single-family subdivision. Prices range from $340,000 to $350,000. But recently there's been a major hitch: Appraisers assigned by banks are coming in with valuations $60,000 or more below Doyle's selling prices. The appraisers, who Doyle says are unfamiliar with local market trends, inexperienced or both, are using distressed sales -- foreclosures and short sales of existing houses -- as their "comparables." Some of the distressed properties are in poor condition, and all of them offer fewer amenities, according to Doyle.

--In Wilmington, N.C., a loan applicant with a house in excellent condition, and an umblemished payment record, sought to refinance into a 4.75 percent mortgage. She had purchased the property four years ago for $160,000 and made about $20,000 worth of improvements in the interim. Her loan application, according to Paul Skeens, president of Colonial Mortgage Group of Waldorf, Md., was "a slam dunk. Nothing to it." The house was worth $180,000 to $200,000, according to a local realty estimate.

But when an appraiser with little local knowledge was sent in by a bank to value the house, he chose two short-sale properties that had both closed in the mid-$140,000 range, and one inheritance sale around $155,000. The last property was "in horrible condition," said Skeens. "I'd call it dog meat." The deal-paralyzing appraised value that came in for the cream-puff refi: $149,000.

--In the suburbs near Cleveland, Enzo Perfetto, manager of Enzoco Homes, builds custom houses on clients' lots. Recently, according to Perfetto, banks have begun assigning appraisers from far outside the area to value lots as part of mortgage packages on new homes. Some of the comparables they use are foreclosure situations, and that depresses land valuations. A young couple who paid $75,000 for their lot recently had it valued at just $30,000 by an out-of-area appraiser who only looked at online data, according to Perfetto -- discouraging the young couple from proceeding.

"I think the pendulum is swinging way too far in the wrong direction on appraisals," said Perfetto. Bank-assigned appraisers often "don't know the local market and they're going for low numbers to be 'safe.' "

Complaints about lowballed appraisals -- from builders, realty agents, consumers and mortgage companies -- have erupted since May 1, when government-sponsored Fannie Mae and Freddie Mac put their new appraisal rules into effect nationwide. Critics charge the new system is fostering the use of appraisers willing to work for low fees -- sometimes 50 percent below previous standards -- and who are willing to conduct home appraisals far outside their typical areas of activity.

The Fannie-Freddie system -- known as the Home Valuation Code of Conduct -- is complicated by the fact that it is a byproduct of a legal settlement in 2008 between New York Attorney General Andrew Cuomo and the two government-sponsored mortgage investors.

Frustration with the new system boiled over and made its way to Capitol Hill late last month. The National Association of Home Builders called for an immediate change in the rules governing the use of foreclosures, short sales and other distress transactions as comparables for appraisals on non-distressed, typical homes, whether new or resale.

Two congressmen -- Travis Childers (D-Miss.) and Gary Miller (R-Calif.) –– have introduced legislation calling for an 18-month moratorium on the appraisal code. In identical letters to James Lockhart, the top regulator of Fannie Mae and Freddie Mac, and Cuomo, the National Association of Realtors also requested a moratorium and complained that the code is raising consumers' costs, distorting property values and killing sales.

Asked for comment, Lockhart said through a spokesperson that his agency is "monitoring" the situation, and considers "the views of market participants important."

Bottom line: Be aware of the issue. It affects your equity, even if you're not currently buying or selling. And watch whether Congress fixes the problem.

Rock out to the songs of Heart in Countryside with Heartless!
Each show Heartless performs features favorites from other classic rock icons including Led Zeppelin, The Who, Bon Jovi, Journey, Janis Joplin and more. Join us as we continue Countryside Live! and enjoy a free concert in the park.

We would also like to thank our additional sponsors, AT&T, Continental Motors Group, Hunt Printing and Graphics, Lyons Township, State Bank of Countryside, and The Doings.
at July 09, 2009 No comments:

“Jazz Under the Stars”

Relax and bid on fun auction items, enjoy delicious food and dance to live music, all for a good cause. Proceeds benefit the purchase of a wireless patient communication system for the hospital. For information contact Diane Lillwitz at 708-245-2904 or diane.lillwitz@ahss.org.
at July 05, 2009 No comments: 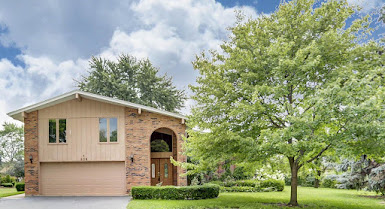